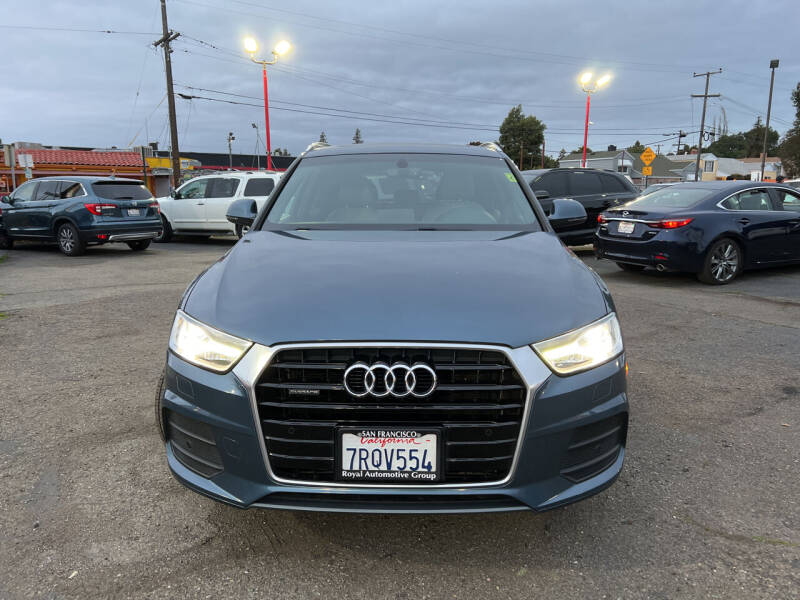 HARD TO FIND!!! AWD!!! LOCAL OWNER TRADE IN!!! ONLY 89,000 MILES!!! LOADED!!! LEATHER SEATS!!!N BACK UP CAMERA!!! HEATED SEATS!!! POWER SEATS!!! NAVIGATION!!! AND MORE!!! PLEASE HURRY!!! WILL NOT LAST LONG!!! Audi's Q5 compact crossover has been crushing it for years, so we expect big things from its little sibling, the subcompact 2016 Audi Q3. In some ways, there's no doubt that the pint-sized Q3 delivers. Interior quality has long been an Audi hallmark, and the Q3's got plenty of it. How about a hushed, compliant ride? Yep, the Audi comes through again with a suitably serene character on most surfaces. Furthermore, even the base Q3 comes loaded with lots of desirable equipment, so value turns out to be another core strength. The subcompact Audi Q3 crossover is a new face for American shoppers. On the other hand, the Q3 is hardly the freshest face in this segment, even though it debuted on our shores just last year. Audi's been building it since 2011 overseas, which explains why it comes with the company's outdated proprietary music interface rather than USB connectivity like newer Audi models. The Q3's turbocharged four-cylinder engine is also an earlier design, as is its six-speed automatic transmission. Consequently, the Q3 is actually slower than the larger, heavier Q5 2.0T, which gets an eight-speed automatic and more power, while EPA fuel economy is a wash between the two. Of course, the Q3 is also significantly cheaper than the Q5, but there are similarly priced subcompact luxury crossovers that offer comparative advantages. The biggest option you should check out is the fully redesigned 2016 BMW X1, which boasts a larger cabin and cutting-edge technology along with superior performance and fuel economy. The Lexus NX 200t is neck-and-neck with the Audi in terms of space- and fuel-efficiency, but it pulls ahead with quicker acceleration and standard USB integration. Then there's the even smaller but pleasantly frugal and highly customizable 2016 Mini Countryman, which is more engaging to drive and can be outfitted with spunky turbo power. In sum, the Edmunds ''C'' rated 2016 Audi Q3 still merits consideration if you're drawn to its sophisticated style, but otherwise, this little crossover may be less of a big deal than you'd think.