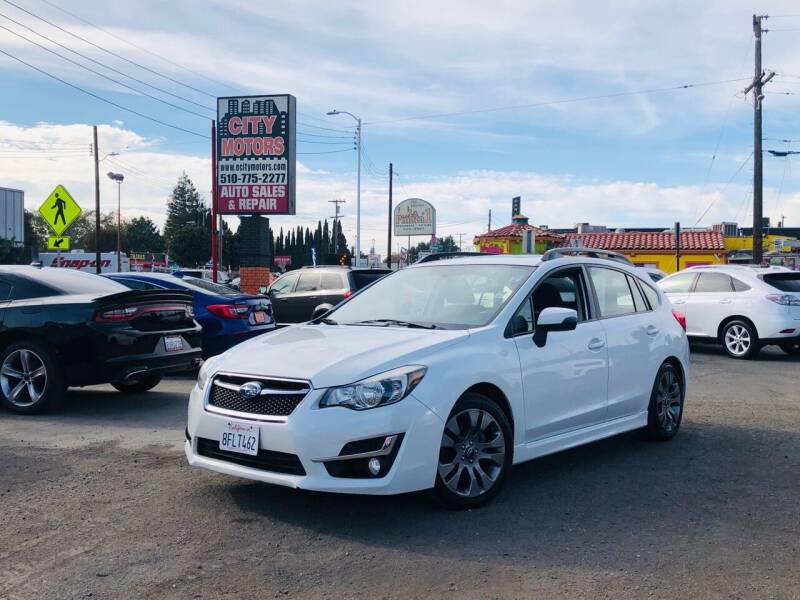 AWD!!! HARD TO FIND!!! LOCAL OWNER!!! ONLY 77,000 MILES!!! LOADED!!! LEATHER SEATS!!! HEATEDSEATS!!! BACK UP CAMERA!!! MOON ROOF!!! ROOF RACK!!! AND MORE!!! PLEASE HURRY!!! PRICED TO SELL!!! You'll come for the all-wheel drive, but you'll stay for everything else. That, in a nutshell, is how to describe the 2015 Subaru Impreza. Subaru is known for offering all-wheel drive on everything it sells, and that means the Impreza is pretty much your only choice for a small sedan or hatchback if you want this traction-aiding feature. But there's plenty more about the Impreza to win you over, too. Its cabin is spacious, with a rear seat that's among the roomiest in the segment. The Impreza also has a well-tuned suspension that nicely buffers passengers from jolts and bumps, yet also provides steady and secure handling around turns. Excellent crash test scores is another bonus. Downsides to the Impeza largely relate to what's under the hood. The 2.0-liter four-cylinder engine is noisy under hard acceleration, an issue that's aggravated by the continuously variable transmission (CVT) that Subaru offers in lieu of a conventional automatic. Also, while the Impreza's EPA fuel economy ratings are very respectable for an all-wheel-drive vehicle, we consistently failed to match them during our long-term test of a 2012 hatchback. Road noise was another issue we raised with our long-termer, though Subaru has taken steps to address this for 2015, adding sound-deadening material and thicker windows. As an alternative, you could check out the 2015 Mazda 3, which provides quick acceleration, sharp handling and a nicer interior. It's a similar story with the 2015 Ford Focus, though neither the Ford nor the Mazda is as roomy in back as the Subaru. The 2015 Volkswagen Golf hatchback boasts a perky turbocharged engine, available diesel power and a roomy, upscale cabin. If you're looking for great value, the 2015 Kia Forte is tough to beat. Overall, though, the Impreza is a solid bet for the driver who wants a family-friendly compact car that maintains its composure in unpleasant weather.